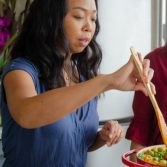 What is Kaldereta or Caldereta

Kaldereta’s also known as Caldereta name is derived from the Spanish word caldera meaning cauldron. This dish is one of those dishes that was brought to the Philippines during the Spanish colonisation. The origin is not confirmed but I think it might be from Mexico because potatoes, bell peppers and chillies were brought from Mexico to the Philippines. Through the Manila – Acapulco route trade, I could be wrong, Philippine cuisine is still finding its roots and making our mark in the world.

The name came from the word Caldera or Cauldron in Tagalog Kaldero. It’s the cooking vessel it’s stewed in. Kaldereta is usually cooked with goat meat but it’s not easily accessible to me so beef is the best option. It’s also cooked with liver and tomato sauce. Chillies are optional but some like it spicy, some like this dish mild and some don’t like the heat at all. Although most Filipinos are not keen on chillies they make an exception with this dish. Kaldereta is normally served on special occasions but you don’t have to wait for that! HAHA!

There are many variations to Kaldereta, many households have their own ‘secret’ ingredient and their own twist to this dish. My recipe is the very basic of Kaldereta and most if the ingredients are easily accessible.

I used stewing beef instead of goat meat, you can also use chicken or pork too. I haven’t tried this dish with seafood yet so I can’t recommend that yet.

I was approached by Steph if Asians in Britain could feature me on their page. I excitedly agreed and suggested that we do a video cooking together while Steph interview me. This is exactly what we did and I decided we cook Kaldereta together. It went really well and finally the video is ready! 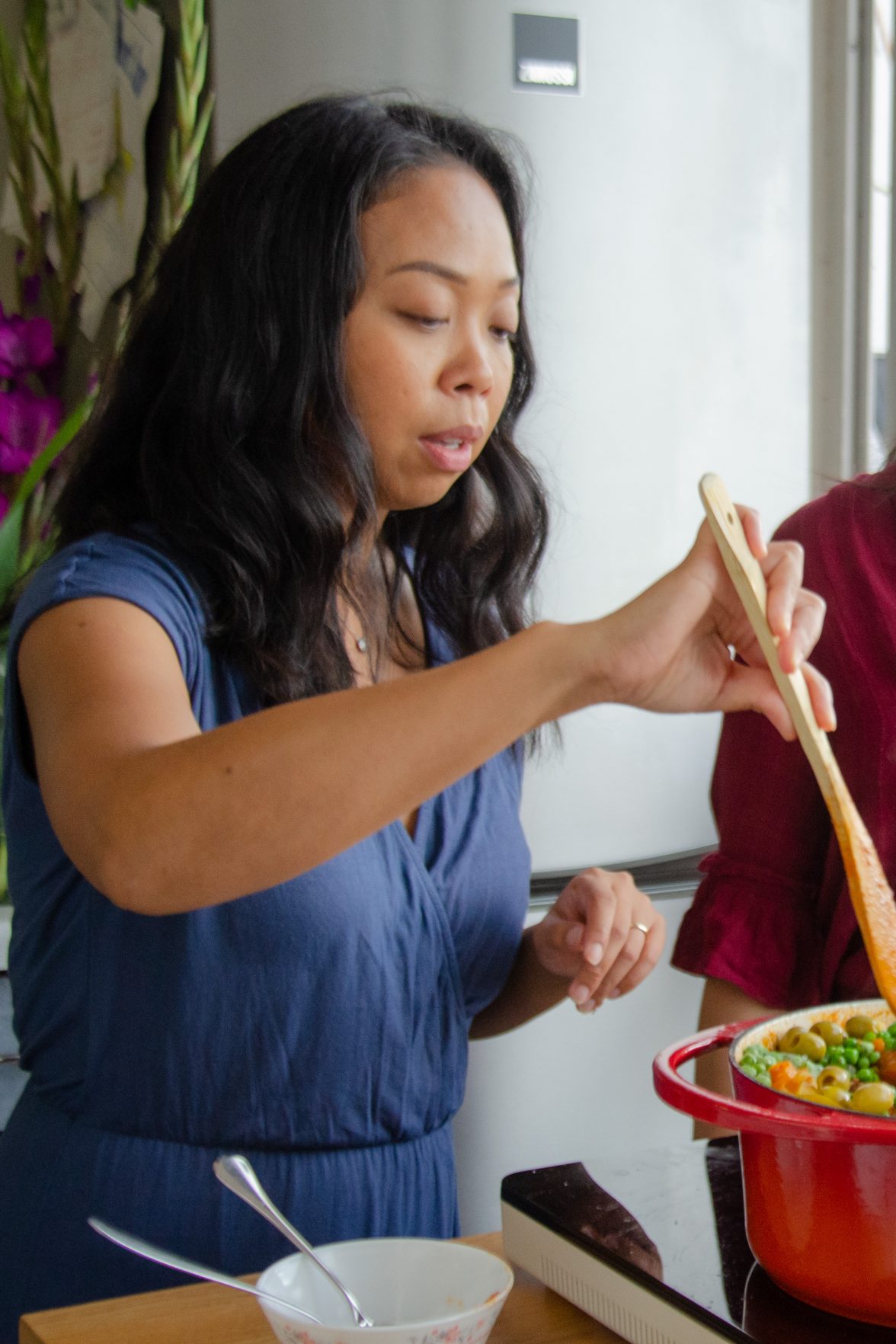 1
In a large pot heat some oil, saute onions for 2 minutes followed by garlic and cook for 1 minute. Add beef into the pot, cook for 5 minutes until it turns brownish colour.
2
Add tomato paste, cook for 2 minutes and add the chopped tomatoes. Turn the heat up and bring it to boil. Once boiling turn the heat down, add salt, black pepper, liver paste, potatoes and carrots and simmer for 45 minutes to 1 hour or until the meat is soft with the lid on.
3
*If you’re using a pressure cooker you only need to cook it for 30 minutes without needing to boil it first. You can add salt, black pepper potatoes and carrots here too. **Before you take the lid off the pressure cooker please be careful and let it cool down first. I usually fill the sink with cold water and let it sit for 10 minutes or until the steam is gone before I take the lid off and continue cooking.* You can add the vegetables after this stage so they don’t over cook.
4
If using a pot, continue to simmer, add bell peppers, green peppers, green peas and chilies. Let is simmer for another 15 minutes with the lid on. Taste the stew, add more salt or chilies to your liking.
5
Turn off the heat, if you are adding olives you can do it at this stage. Now, it’s ready to served, Kaldereta is best serve warm with some jasmine rice.
Categories:
foodwithmae