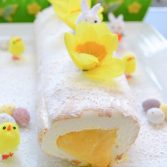 A quintessential Filipino dessert that is worth the calories! I think generally when people people think of meringue they immediately think it the hard texture that many are used to. Braso de Mercedes is light and soft with vanilla custard and kalamansi flavour. Trust me once you eat you will not forget about it! Traditionally there are no vanilla or kalamansi flavouring added.

During the Spanish colonial, they were progressively building churches all over Philippines. The Spanish had to whip up an argamaza, or mortar, to bind bricks with and egg whites were used for the argamaza and the palitada, or plaster finish. The albumen in the egg white made a sturdy binder that keeps centuries-old churches intact to this very day.

There were plenty of egg yolks left over from making argamaza being thrown in the rivers, the Filipinas saw this, they decided to take action and created recipes out of the egg yolks left over. In many of Filipino desserts we have a lot of yolk base dessert like Yema. If you think about about it, the fillings for Braso is a softer yema.

The word ‘Braso’ literally means arm and Mercedes is a lady’s name. So it’s Mercedes’s Arm.

This is my husband’s Filipino favourite dessert so you know this recipe is made with lots of love (so kilig!) He could eat a whole roll if I let him, haha! I know I know, he is one lucky man!

DessertKalamansiLemonMeringueSweet
224 views
No Ratings Yet
10-12
45 minutes 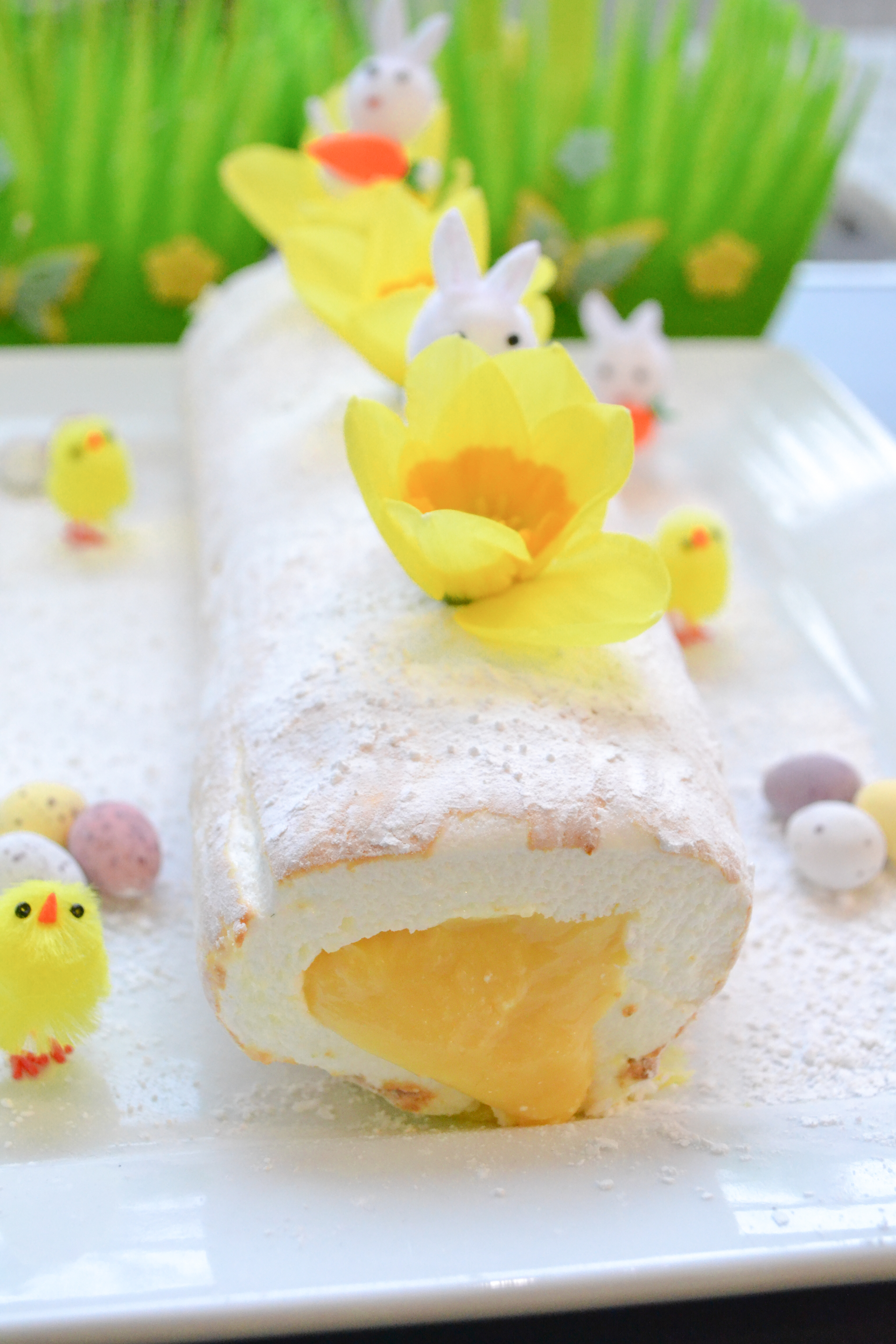 1
Preheat the oven 160 fa/ gas mark 4/ 350F. In a large bowl, using an electric mixer, whisk egg whites on a low setting first for a few seconds, add cream of tartar and continue to whisk while slowly adding sugar about four to five batches until a hard peak is formed.
2
Place a sheet of baking paper in a tray, using a spatula, pour meringue mixture into the tray layering it flat about an inch thick. Using a fork, run it across the meringue for the traditional decoration. Put the tray in the oven and bake for 15-20 minutes or until it’s slightly brown on top. The meringue should have risen but don’t worry if it goes down a little, it should still be fluffy.
3
Turn off the oven, take your meringue out to cool on the side. Lightly mix egg yolk and condensed.
4
In a medium size pot melt butter on a low heat. Turn the heat to medium and add yolk mixture into the pan. Mix until it’s thick and sticky with a custard like texture. Make sure it doesn’t burn so keep mixing it. Turn the heat off, add vanilla, kalamansi or lemon juice, kalamansi or lemon kalamansi and mix well. Put it aside to cool down.
5
On a clean surface, place a cut out sheet of baking paper and sprinkle icing sugar over it. Tip the meringue slowly onto the baking paper. This is so delicate so be careful.
6
Pour cooled fillings on meringue and spread it evenly all over. Be careful the meringue is easily broken. Slowly roll meringue into a log without rolling the baking paper. Slowly transfer the meringue onto a serving plate. Don’t forget to sprinkle more icing sugar on top!
Categories:DessertEasterSweets
foodwithmae 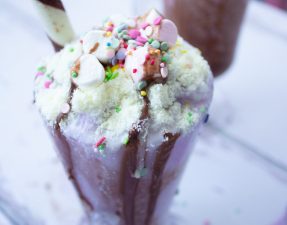 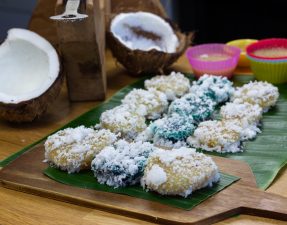 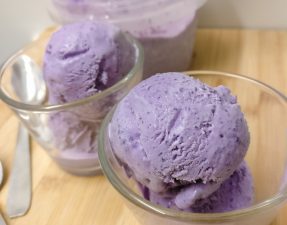 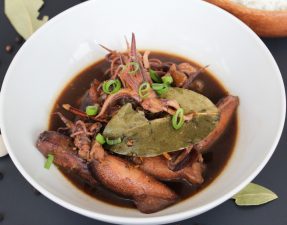 Braised Squid in Soy and Vinegar