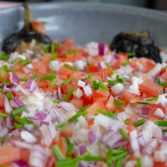 Ensaladang Kulawo is two dishes combined into one. It’s grilled aubergine, tomatoes, red onions and garlic with coconut cream & lemon dressing. This is great as a side dish or salad and it’s vegan too!

Let’s start with Ensalada, this dish is made up of grilled aubergine, tomatoes, onions, salt and vinegar and it’s usually served as a side or salad too. This is probably a not so popular dish as I don’t see this being served in Filipino gatherings but I personally like this dish because it’s easy to make and it goes nicely with many dishes.

Kulawo is another unpopular dish, I have seen a couple of variations to this dish. In Laguna, Quezon; their version uses Talong or Eggplant in other regions they use Banana Blossoms. Both versions use the same cooking technique. Kulawo has a unique way of enhancing it’s flavours, this technique is used since pre-spain and it is similar to how the Maranao tribes use coconut by burning them. But for Kulawo it’s slightly different, you add hot coal on the grated coconut meat, letting it burn out some of the coconut meat and then it’s poured with vinegar. The coal is taken out before squeezing the coconut milk and later using it to cook the banana blossom or egg plant. Kulawo is also similar to Ginataan but what makes it different is the technique of hot coal on coconut meat before it is squeezed.

Putting these two dishes together is actually really surprisingly good. I mean don’t trust my words, make it and taste it for yourself! It’s very refreshing and flavoursome. I think it’s a lovely addition to any Barbecue or feast. I was inspired by Chef Sandy Daza, there are a lot of similarities with our recipes but I made my recipe more accessible to those who don’t have an outdoor space for barbecue or to get a hot coal going.

The ingredients for this dish are easily available at your local grocery shop. You can use aubergine or eggplant. Whichever is available to you, I’m using Aubergine because that is what’s easily available to me but if I have time to go to the asian store and they have eggplants  I would use that instead.

I used lemon for this recipe but if you have kalamansi, you can use that and if you don’t have either you can use vinegar too. You just want to add some citrus into the salad for that fresh flavour.

For the coconut milk, I used coconut cream (organic) from Waitrose because it tastes better! When I was testing for this recipe, I first tried to use the technique using the hot coal with the thawed shredded coconut meat from the asian store. It was horrible! (yuk!) The milk was disgusting! In the Philippines when you do the first squeez from the coconut, this is what is usually used for cooking, the second squeeze and the rest are either used for something else or discarded.So the milk from thawed shredded coconut is not the first squeeze, so DON’T use this. Hence why I used canned coconut cream as it’s more accessible for most people. If you have a coconut shredder or grater you can grate your own coconut if you can buy them where you live. Another DON’T  is those coconut cream blocks, they are not great for this recipe.

All the other ingredients are easily accessible.

CoconutEnsaladaKulawoSaladSummer
58 views
No Ratings Yet
4-6
45 mins 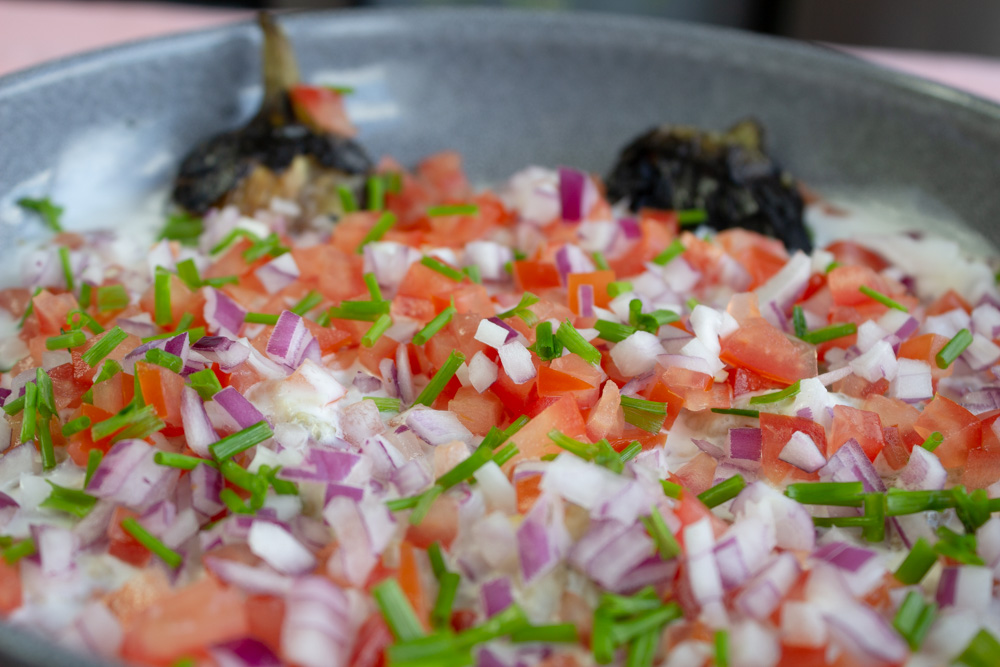 1
Using a fork or bbq stick, poke some holes into the aubergine. Place them on a grill or barbecue and cook them on all sides. You can see that they are cooked when you push the meat, it’s soft and it has sunken. To get the right smokey flavour it would be better to burn the skin, as an alternative to the traditional kulawo method of burning the coconut! So don’t worry if the skin is burnt, you will peel them later.
2
When the aubergine is cooked, take it off the heat and leave it to cool down. Once they are cooled down, peel off the skin and discard the excess water.
3
Using a fork, flatten the aubergine or eggplant. Add garlic, tomatoes (leave some for garnish), onions (leave some for garnish), salt, pepper and squeeze the lemon. Mix them all together and taste it, you can add more salt at this stage if you like.
4
Lastly add the remaining, tomatoes, onions and chives. This is best served at room temperature or cold.
Categories:No MeatSaladVegetables
foodwithmae 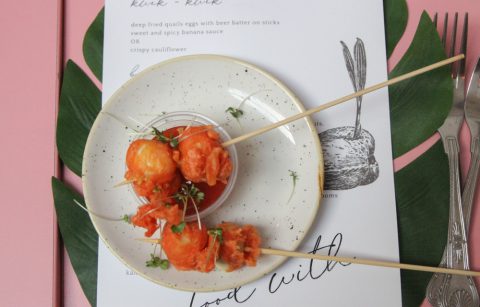 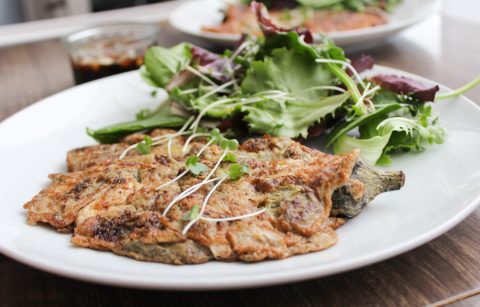