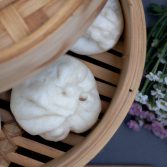 A fantastic snack worth making! Filipino cuisine have many influences this includes Chinese cuisine. Filipinos have always traded with their neighboring country like China even before Spain colonized Philippines. Some Chinese business men stayed in Philippines, either to start/expand a business or marry a Filipino or both. Bringing with them is their homeland recipes but using local ingredients. This is when Filipino-Chinese dishes are born, dishes like Siopao which is similar to Bao, Pancit which is similar to Chow mein, Arrozcalo which is similar to Congee and so many more. This is what makes Filipino cuisine so interesting!

Asado in Spanish means to roast, grilled or broiled but the fillings for this dish are not those. In some Filipino dishes they have Spanish names but with a different cooking technique which makes me think that when Spain came to Philippines, saw Filipino food and renamed it to what they think it looks like or taste like? Hence why we have many dishes with Spanish names, I guess that’t what happens when someone colonized a country for 300 or so years. Even Chinese dishes have Spanish names haha!!! Maybe they saw that the fillings looks like its grilled even though its stir fried and thought…oh yeah that’s Asado for sure and from that day on it’s called Siopao Asado. In those time who’s going to disagree? Filipinos hates confrontations. To be honest there are very little information about Filipino cuisine pre-Spain. I would love to know more about it as it’s an interesting part of our history too.

Growing up in the Philippines Siopao for me was one of those snacks that you have during school break times or after school snacks. It’s affordable for students, it tasty and enough to get you by until meal times.

Don’t be afraid to make this, I know I know…I am the same I’m not a baker but anyone who can works well with a dough but I assure you this is not that bad. I’m going to be honest I made it before, I have failed ones but I continue to learn where I made a mistake. One BIGGEST mistake is forgetting to proof my dough! HAHA! See! Previously I forgot to add the yeast, this is because I think I know the procedure (I do) then baby brain kicks in and I forget a step. This is part of cooking I guess and now I am slowly embracing baking. I recently made a homemade focaccia which turned out really well! I was surprised!

I hope you enjoy this recipe, please don’t forget to rate my recipe and tag me @foodwithmae on your Instagram photos and videos. 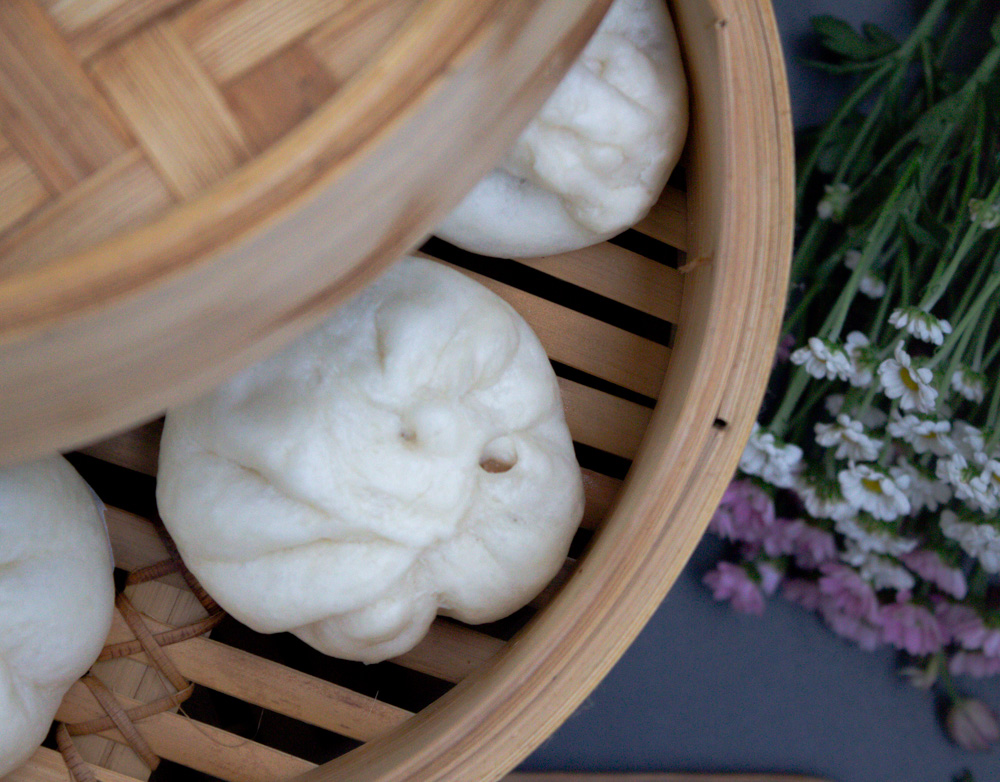 1
Heat some oil on low to medium heat using a large frying pan, sautee onions and garlic. Add pork belly and cook until the meat turns white.
2
Add soy sauce, oyster sauce, hoisin sauce, black pepper and sugar. Mix all of the ingredients together making sure that all the meat is covered and seasoned. Simmer for 15 minutes on low heat. Mix corn flour and water and set aside until after you simmer the pork. Add corn flour mixture into the pork, mix it while you slowly add it making sure there are no lumps from the mixture. Set it aside and leave it to cool for later.
3
Add flour, active yeast, oil and milk or water into a large bowl or if you’re using a mixer you can put it straight into it’s bowl and attach the dough hook. If you’re kneading by hand mix all of the ingredients in a bowl, knead it in the bowl until the dough comes together. Dust the surface with flour and knead your dough until it’s smooth for about 10 minutes. In a mixer start with low setting while you add milk slowly, once you added all of the liquid into the flour mixture add salt in the end. Turn the setting to medium and knead it until the dough comes together and smooth, put it in an oiled bowl, cover it, put it aside with warm temperature (no draft), dark and proof it for 1 hour. I usually proof mine in a turned off oven.
4
Lightly dust the surface, divide your dough into 12 medium balls (41g each), roll them into balls and put them back into the bowl and cover them so they will not dry.
5
Prepare your steamer, bring the water to boil at first then turn the heat low. Start putting the pork fillings into your dough. Take 1 dough ball roll them flat on a dusted surface, place it flat on your palm, put the pork fillings in the middle, pinch one edge with your thumb & pointy finger, then pinch the next part with your pointy finger & middle finger then letting the thumb & pointy finger hold it until you have pinched all off the edges holding all of them together then twist them securing the fillings inside. Place paper underneath to stop it from sticking on the steamer. Place them into a try, covering them with cloth and leave to rise for 30 minutes.
6
Place buns into the steamer, steam for 8-10 minutes on medium heat, take the steamer off the heat, don’t open the lid yet, leave it for 3 minutes before taking them out into a rack. Repeat and finish steaming the rest of the buns. It best served hot. If you are freezing them, leave the buns on the side to cool before putting them inside a container into the freezer.
Categories:Snacks & SharersSteamed
foodwithmae 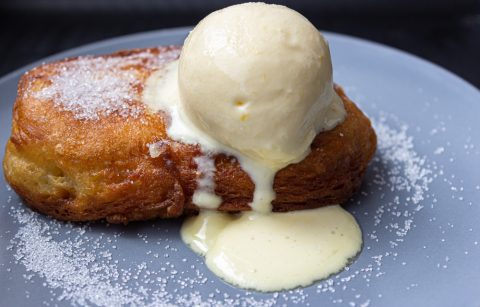 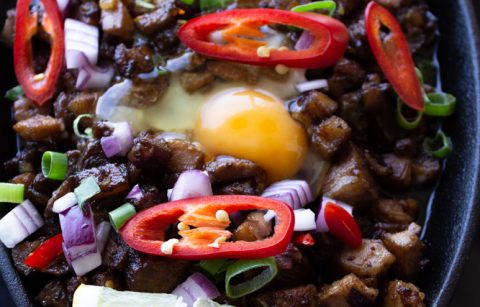 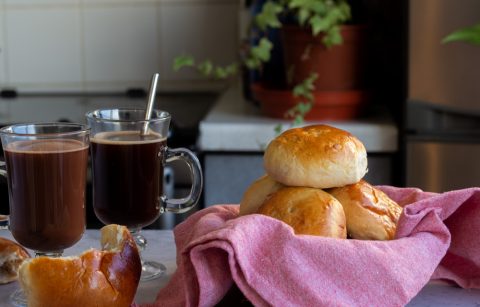