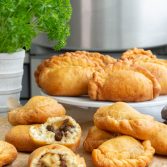 What is Filipino Beef Empanada

Filipino Empanadas were influenced by Spain when they colonised the country. It’s similar to South American and Cuban empanadas. Each Spanish colony adapted the recipe to their own using ingredients available to them. Making each country’s empanada unique to them.

I only know 2 variations on empanadas in the Philippines. Vigan Empanada and the standard Empanada that is either beef or chicken and this can be cooked either fried or baked. This recipe is inspired by my mother-in-law’s recipe who is from Pangasinan. She may have tweaked the recipe to her own taste but it’s still close to the standard recipe. This I think version is the most popular as it’s the easiest to make and the ingredients are easily accessible. The other empanada is Vigan Empanada, this is named after a place in the Northern Philippines. It’s one of the last few sites in the Philippines where you can still see old houses and cobbled streets from the Spanish era. Vigan Empanada is made with rice flour and the fillings have green papaya, Vigan sausage meat and an egg! I know right, it’s completely different to the standard empanada.

One thing that splits some people is whether to add raisins or not! I say it’s okay, as it balances the sweet and the saltiness of it all. This balance compliments the dough perfectly as the dough has a sweetness itself that makes the empanada very moreish!

This dish has ingredients that are easily accessible which is a bonus for me, especially when I don’t live in the Philippines. Mince Beef, Potatoes and Raisins can be found in most supermarkets.

I love seeing all of your cooking! Please rate my recipe if you use it and do tag me on instagram too @foodwithmae OR use my hashtag #foodwithmae . It would really make my day =) Thank you so much! If you have any questions please don’t hesitate to comment on here or message me. 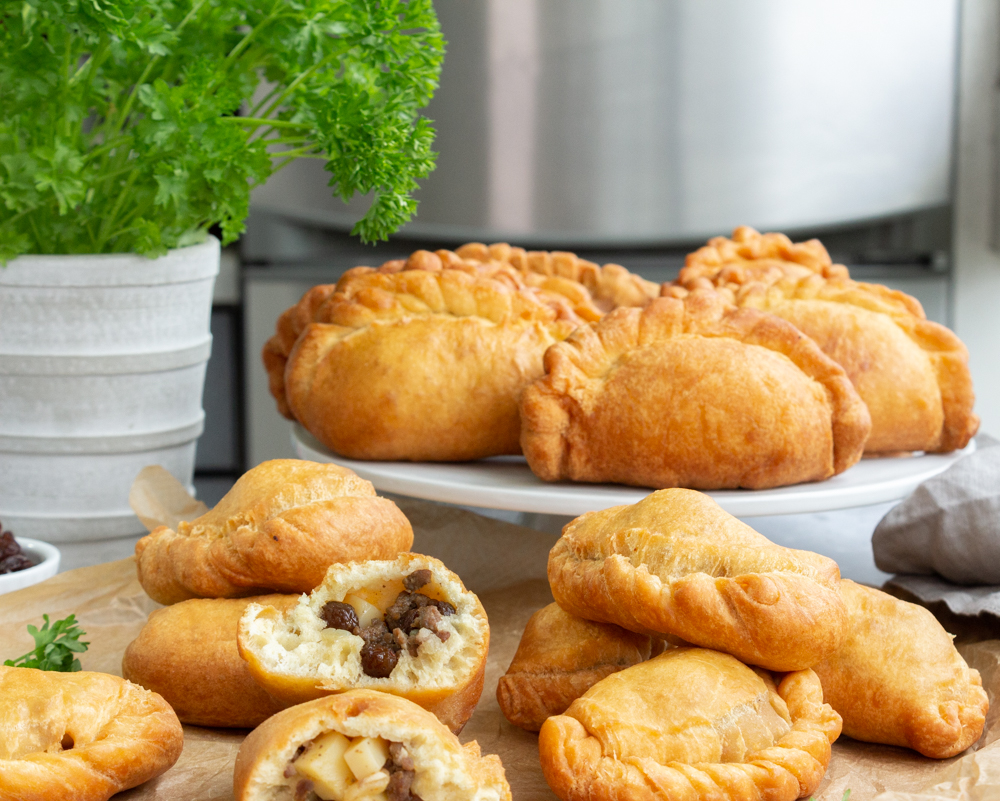 1
To make the filling, heat some oil in a frying pan, add onions, cook for about a minute and then followed by garlic cooking it for a minute too. Add mince beef, cook it until all the meat turns brown and cooked through.
2
Next, add the potatoes, cooking it for about 10-15 minutes or until the potatoes are soft while stirring occasionally. Pour the water into the pan, let it simmer for 5 minutes and mix it occasionally. Take the filling off the heat and leave it on the side to cool down.
3
Now to make the dough add eggs, sugar, milk, water, oil and salt. Mix them all together well. Using the dough hook attachment on your mixer, turn it on low setting while adding the flour slowly and bit by bit into the mixer. Turn the setting to medium when all of the flour is added, continue to mix until the mixture forms into a dough and is coming away from the sides of the bowl.
4
Take it out of the bowl into a dusted surface, don’t worry if it’s still a little sticky and dust the top with some flour. Knead the dough for about 5 minutes, dusting some flour as you knead, continue to knead until the dough is turned smooth. Put the dough back into the bowl and cover it. Let it rest on the side for 30 minutes while you wait for the fillings to cool down.
5
Once they are all ready you can assemble your empanadas, first take some dough, roll it into a ball, put it on a flour dusted surface and flatten it with your palm. Use the rolling pin to flatten it more into a disk. Next, add about 2 spoonfuls of fillings into the centre of the dough disk, slowly lift one side of the dough and put it together on the opposite side. Push the edges down sealing them together but not the folded side. Using your finger, lift the edge and then push it down going through all the way down the edge but not the folded side. Place them in a flour dusted tray. Repeat these process until all of the dough and fillings are finished
6
Heat some oil deep enough to fry the empanadas, slowly place each empanadas into the oil. Fry them until they are golden brown. Do this until all of the empanadas are cooked. These beef empanadas are great eaten hot or cold.
Categories:BeefSnacks & Sharers
foodwithmae 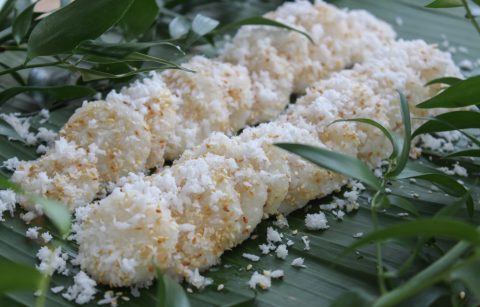 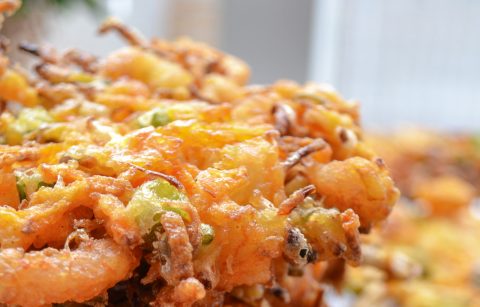 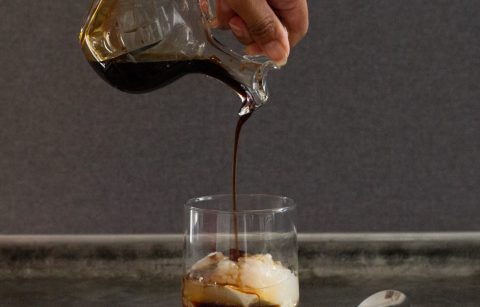